SYDNEY: Over 12,000 people attended the biggest-ever Armenian event in Australia, the Armenian Festival – dedicated to the Centenary of the Armenian Genocide – at Tumbalong Park in Sydney’s Darling Harbour on March 22nd, 2015.

The Republic of Armenia’s Minister of the Diaspora, Hranush Hakobyan was Guest of Honour at the event, which was during her trip to Australia representing the President of Armenia.

Renowned singers Zaruhi Babayan and Hamlet Gevorgyan flew in from Armenia to delight the audience, who were warmed up by local Sydney-Armenian band Blackbird – featuring singer Raffy Adourian – during the day. Students from Galstaun College, Hamazkaine Armenian Sydney Dance Company, Hamazkaine Nairi Dance, and talented local musicians and vocalists also entertained the gathered.?Vache Kahramanian was the Master of Ceremonies.

The Homenetmen Australia Scouts marched to mark the official opening of the Armenian Festival, which featured speeches from Hakobyan, Haig Kayserian on behalf of the organisers, as well as a representative of the Sydney Harbour Foreshore Authority.

The 12,000 in attendance, the Armenian dance, Armenian song and Armenian food on show… proved that 100 Years On, Armenians Live On, and will continue to do so. 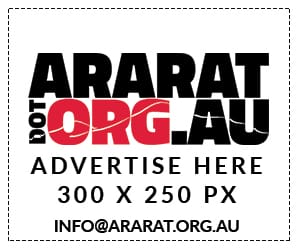